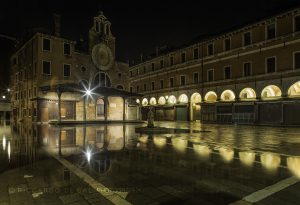 Roses ordered? Champaign chilling? Massage oil heating up to caress your favorite kumquat? Valentine’s Day is around the corner, intrepid paramours! If you can’t get hashtag-laid on this day of hashtag-romance you’d better reread the Kama Sutra. Or better yet, Dream of Venice Architecture, the latest dreamy installment from Venice cognoscente, JoAnn Locktov.

This bouquet of meditations on the world’s most seductive city might be all the company you need this Valentine’s Day. (And a bargain compared to the jacked-up prices you’d pay for the Lover’s Menu at your local boite.) Add to that, The Sultanette’s exclusive report on last week’s Metropolitan Museum of Art lecture, “The Brothel House of Europe: Venice on the Grand Tour” and your adult entertainment is complete. 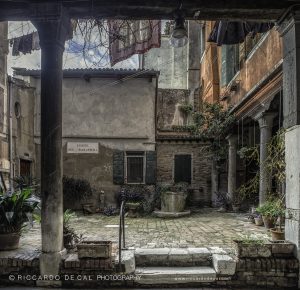 But before we get to the brothels, some tantalizing foreplay. “What can we learn from a city that is over 1,500 years old?” poses Locktov in the opening of Dream of Venice. Her answer is an invitation to meander among its piazzas and secluded squares, passageways and bridges, accompanied by award-winning architects and designers.

No tired travel guide clichés here. Reflecting on how Venice has “inspired their work and lives, these aficionados of form and function explore the essence of a city “built where no land ever existed.” Their intimate musings tease out its timeless allure persuading us that, above all, Venice beckons. 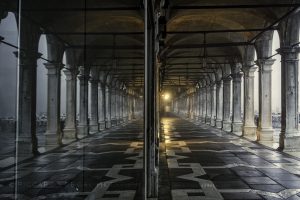 As New York-based architect, Louise Braverman describes it “at any moment, something mysteriously intriguing may happen.” Her contemplation is paired with a graceful colonnade that exists midbreath, both exposed and enclosed. Its arched ceiling offers elegant shelter from the grey mist that threatens to encroach on either side while globes of light entice the visitor to a distant encounter … with what? Whom? Be tempted at your own risk.

Venice is “tricky” offers New York architect Annabelle Selldorf next to an image of a secluded canal. Nothing is “innocent or forthright” in this city where the only thing forbidden is your inhibitions. “Deception is everywhere, perhaps with the intention of protecting a precarious paradise.” Here, as throughout the book, the stunning photography of Riccardo De Cal, an award-winning documentarian for his films on Italy’s grand artistes, evokes a delicate, ethereal power. 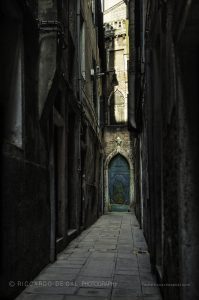 Constantin Boym, Chair of Industrial Design at New York’s Pratt Institute, brilliantly describes the city’s mercurial allure through its doorways, held together “only by a miracle” – each portal with “its own unique face and expression.” The accompanying image is a peacock blue door that calls to us at the end of a timeworn stone walkway like a proud, aging courtesan.

Did I say courtesan? Time for the promised report (as if you forgot) on “The Brothel House of Europe: Venice on the Grand Tour” at the Metropolitan Museum. “Don’t say the Met never offers something scandalous,” Kevin Salatino, director of Art Collections at The Huntington Library and expert on Venice licentia began this fascinating lecture. And after he warned the audience of upper eastside ladies-who-lunch that it contained licentious language, The Sultanette was all ears.

In the eighteenth century, British aristocrats-in-training were sent on a pilgrimage to the continent, a “Grand Tour” designed to transform the future Earl of Beef Wellington from provincial twit to worldly twit. And while Rome was the main event, Venice was the requisite detour. 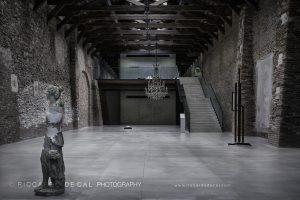 It boasted more theaters than any city in Europe and its fading republic was an inspired example to aspiring custodians of the empire. But most likely its popularity was based on the famous description of parliamentarian George Selwyn: “Venice is an exquisite courtesan.” Or reports like the gentleman visitor who warned that “the wickedness of that place is beyond all imagination.” Most alarming was the unsettling habit of Venetian society to wear masks, not just during the depraved month of Carnival but a full five months preceding it!

No wonder it was a favorite hangout of Casanova and de Sade. And a refuge for woman like Lady Mary Wortley Montagu who escaped her husband to live with a lover half her age. Venice is the place to be, she advised a friend, “if a woman has any mind to be wicked.” Lady Wortley even promoted the mask as an anti-aging device – the perfect camouflage for a ripening coquette’s wrinkles. 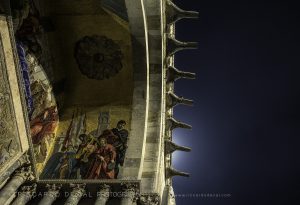 Venice was the place to let your hair down and everybody got into the act. Along with its fabled courtesans and prostitutes, nuns were known to entertain in the cloister. There was a rare tolerance of homosexuality, cross-dressing was a sport, a unisex mask costume made gender-bending de rigueur, and the castrati, according to Salatino, were the rock stars of the day. Simply breathing the air of Venice was a threat to your moral turpitude.

But more than its lusty charms – beyond its escape from suffocating propriety and society’s expectations – what Venice really offered was an invitation to follow the distant globe of light, open the unfamiliar doorway, pursue the precarious paradise. The invitation lives on, perfectly expressed in its network of hidden passages, the sotoporteghi. 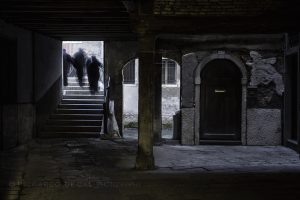 Dream of Venice Architecture contributor, and publisher of Renaissance Rules.com Randy Bosch takes us down these “narrow, twisting, dark and mysterious tunnels bored through ancient existing buildings.” Like a subterranean force field, “they conspire with crooked bridges and offset streets to link islands never intended to join.” To follow them is to risk the unknown, says Bosch, but the reward is “wonders reached only through them.”

Let those in need of predictable romance have their wilting roses. If you’re looking for a romance with life this Valentine’s Day, The Sultanette recommends taking a dive between the covers of this voluptuous guide to the heart of Venice.