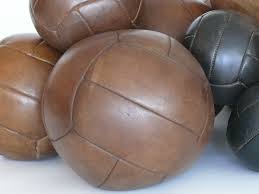 Cast away any notion that The Sultanette harbors a need to deliberate on the upcoming Super Bowl. It clearly states in the harem bylaws that all talk of throwing, hitting, or kicking of balls is verboten. (See The Male Harem FAQs). But given that this year’s super hurling of the pigskin is in my hometown, and more important, marks the tenth anniversary of Nipplegate, I make an exception.

Remember Nipplegate? That shocking display of Janet Jackson’s mammary that lasted all of one-half second? The bodice-ripping by Justin Timberlake that sparked congressional furor, resulted in a half million complaints to CBS and FCC fines, the banning of MTV by the upright NFL from ever producing another halftime show, and the instigation of a five-second video delay to protect you from ever, ever seeing such lewd behavior at halftime again? Unless you want to watch it on YouTube. As entered in the Guinness World Records, Janet Jackson’s half-second of nipple fame was the most searched event in internet history and most searched news item in a single day.

No, you probably only remember that the New England Patriots beat the Carolina Panthers 32 to 29. Or was it the Carolina Cougars? 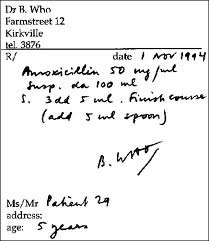 Only in America would we assign to this media caper the euphemism of “wardrobe malfunction” putting it on par with afflictions like irritable bowel syndrome, erectile dysfunction, and restless leg syndrome.

In the dark ages before video delays, men had to invent other ingenious stratagems to protect the fair sex from unseemly display. As told in Harem, Nurhan Atasoy’s exquisitely illustrated and provocative history of the Turkish harem, fabric walls called zokak were constructed in the palace gardens to shelter its residents from view while they frolicked there. In those days before loudspeakers were installed on minarets, the muezzin were forbidden to mount the surrounding mosques, lest the bird’s-eye view of the seraglio sporting would tongue-tie them from calling the pure to prayer. Only the Sultan was privy to the proceedings from the likes of his corporate box where he scoped out his next favorite. 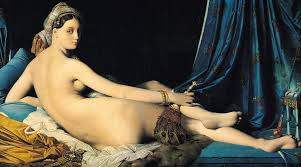 It’s tempting to tsk at the way harem women were shielded from society, prohibited from having it all, deprived of the rewards of leaning in. And while an argument could be made for that, The Sultanette confesses to a degree of envy at certain aspects of harem life. Slipping into fine silks and jewels to cavort in exotic gardens, partaking in music, poetry and dance, and getting pomaded by eunuchs in preparation for opium-laced sex with the Sultan, can look like a pretty compelling alternative when dragging myself out of bed to face a volley of deadlines at a gulag on the other end of the crosstown subway.

It worked out well enough for Josephine Bonaparte’s cousin Aimée DeBucq de Rivery, according to Harem, The World Behind the Veil by Alev Lytle Croutier. At the age of twenty-one, upon returning from a convent school in Nantes in 1784, Aimée was kidnapped by Barbarossa’s corsairs. (After a stint with the nuns, The Sultanette suspects she threw herself at them.) Aimée was sold to the Dey of Algiers who presented the rare beauty to Abdulhamid I to curry his favor. Abdulhamid named her Nakshedil for Embroidered on the Heart, and she became his favorite. Abdulhamid died in1789, the year of the French Revolution, but not before his Nakshedil bore him a son, Mahmud. 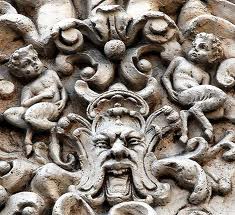 After finessing political machinations that might even impress a Sheryl Sandberg, the uncle of Mahmud became the sultan Selim III and made Aimée his confidante. She taught him French, inspired him to start a French newspaper, and decorated the palace in rococo style which may have finally put his compatriots over the edge. Selim was assassinated for his Francophile leanings in 1807. After she cleverly shielded son, Mahmud from the ensuing political heat in a furnace, he became the next Sultan.

Relative to the fate of some Sultan candidates, the furnace wasn’t the worst sentence. As an alternative to the killing of siblings who threatened ascendance to the throne, an earlier sultan, Selim II, had issued an edict exiling them to the Kafes or Golden Cage, their company limited to sterilized concubines and guards with perforated eardrums and slit tongues. Even worse than this seclusion, was the prospect of reigning. When the number of one such prisoner, Ibrahim I, came up for the job, he was so terrified at the crowd rushing the cage to proclaim him sultan, he barred the door. (JSYK there are no Golden Cages in The Male Harem. Members and their members are allowed to roam freely when not engaged with The Sultanette.)

It may have been the eunuchs of the harem who enjoyed wielding the most power albeit at the price of their own jewels. During the harem heyday there were as many as 600 eunuchs, presided over by the Chief Black Eunuch. The highest–ranking officer in the empire after the sultan and the grand vizier, as Croutier tells it, he had complete access to the sultan including escorting a new odalisque to his bed. In case of emergency, he was the only person allowed to enter the harem, was official party-planner for births, marriages and circumcisions, and in charge of both promoting harem members and sacking them, literally, for drowning when accused of crimes. Filthy rich and feared, it’s no surprise that he was the most bribed official in the Ottoman Empire. 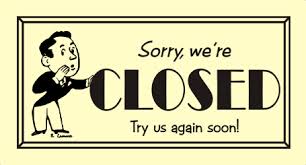 But he’d already given away the store, most painfully. (Warning: The following images may be disturbing to some readers, most specifically people with penises.) The castration procedure consisted of first tightly binding the belly and upper thighs to prevent hemorrhaging. The parts in question were thrice bathed in hot pepper water before being removed with a sickle and the wound bound. The patient was then made to walk for several hours supported by “knifers” before lying down. Desert sand considered the most effective balm, he was sometimes buried up to his neck for days until the wound healed. I spare you the removal of the bandage.

For those of you who have read thus far, I reward you with the knowledge that all was not lost, including sexual desire. According to Croutier, some eunuchs had passionate affairs with harem women and were often favored by them. They became aficionados of aphrodisiacs and erotic paraphernalia and especially adept at oral sex. In fact, once they had sex with a eunuch, some women preferred the dickless fuck. According to one account from Croutier’s Harem, “Two odalisques were given their freedom and married off. A week after their weddings, the husbands divorced them.  The reason being that the odalisques told their husbands they did not perform as well as the eunuchs.” 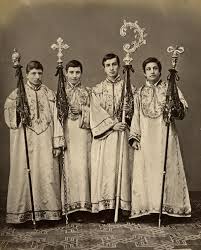 Before you get your knickers in a twist over the barbaric rituals of foreign cultures consider that the Catholic Church beginning in the Renaissance, castrated young boys to preserve their soprano voices for the papal choir of the Sistine Chapel, a practice only ended in 1878. “In the eighteenth century,” says Croutier, “Italian opera favored castrati as well, some of whom became superstars, such as Grimaldi, Farinelli, and Nicolini.” In those days when civilization was deprived of ball-tossing, testosterone-pumped extravaganzas, the castrati were the best entertainment around, even barring wardrobe malfunctions.

In case the sanitized, politically correct Super Bowl XLVIII halftime spectacular fails to uplift you, here’s Janet and Justin to remind you of the hedonistic days: