ALL-NEW EPISODE: The Sultanette defies sleet, slush and hat hair to watch NYC’s downtown fashion subversives walk on the wild side of the runway. 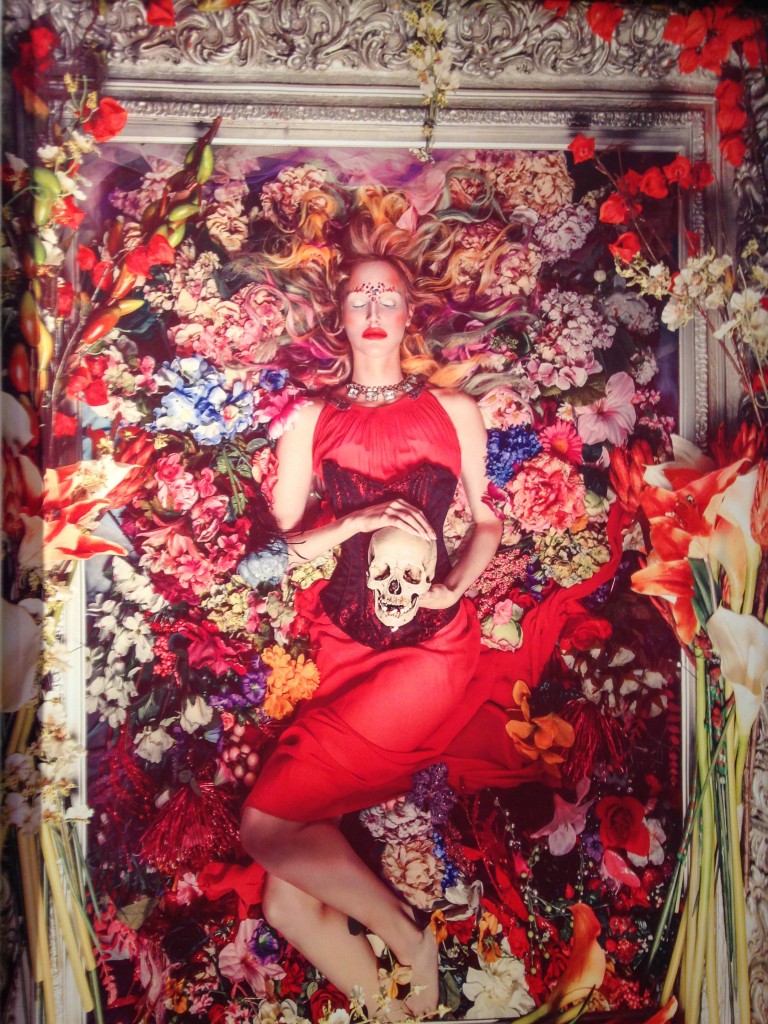 Since the pre-pubescent Sultanette marched up the aisle of Our Lady Queen of Peace Church in white taffeta and rosary bead accessories to receive her First Holy Communion, I’ve been circumspect about how I dress up to get on my knees.

The next watershed moment was at the YSL couture show while living in Paris, by invitation of a Time Magazine journalist I’d met there. The venue, an imposing palais that looked like it might have hosted the Third Reich during their unstylish WWII sojourn, was now jampacked with the fashion cabal. 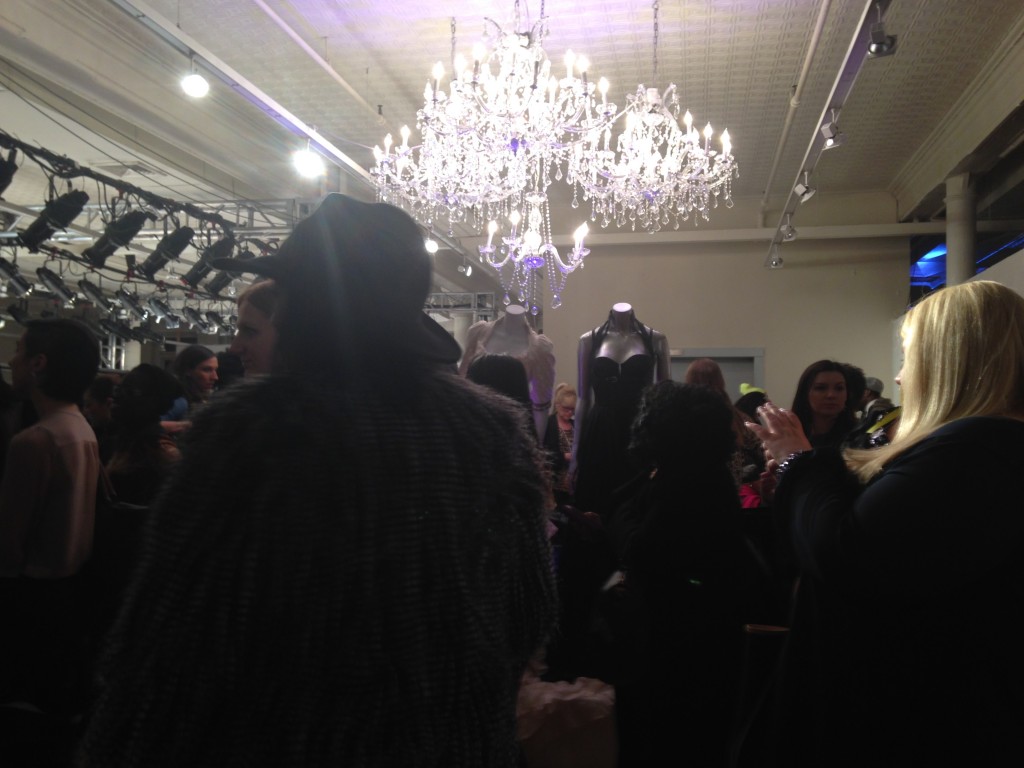 I followed my friend’s lead as she inched her way through the crowd until she snagged what had to be the last available seat. With no official ticket or press pass, I was now at risk of being ejected if I didn’t fly below the Fashion Police radar. Smarting at my unworthiness to be among the anointed In this high church of Saint Laurent, I spied a patch of floor at the end of the aisle and dropped to my knees.

For the next hour in that supplicant pose, I experienced the opera of haute couture. The feverish anticipation before the unveiling. Social X-rays rubbing elbows with the nouveau riche, all there to own a piece of the exquisite, psychotic, neurotic genius of Yves. Lanky creatures hip-jabbing and ass-swaying down the runway to the throb of flashing strobes and ‘80s disco. Lust, greed, envy, rapture ramping up with each new reveal.

Every year since then when Fashion Week comes to town, my retail libido is stirred with thoughts of that palais show and I’m content to channel Yves’s ghost rather than wrangle a ticket to the runway. But when I saw a news clip on Launch NYC, an alternative venue to Fashion Week’s main event featuring local designers, it sounded like an appropriately subversive harem diversion 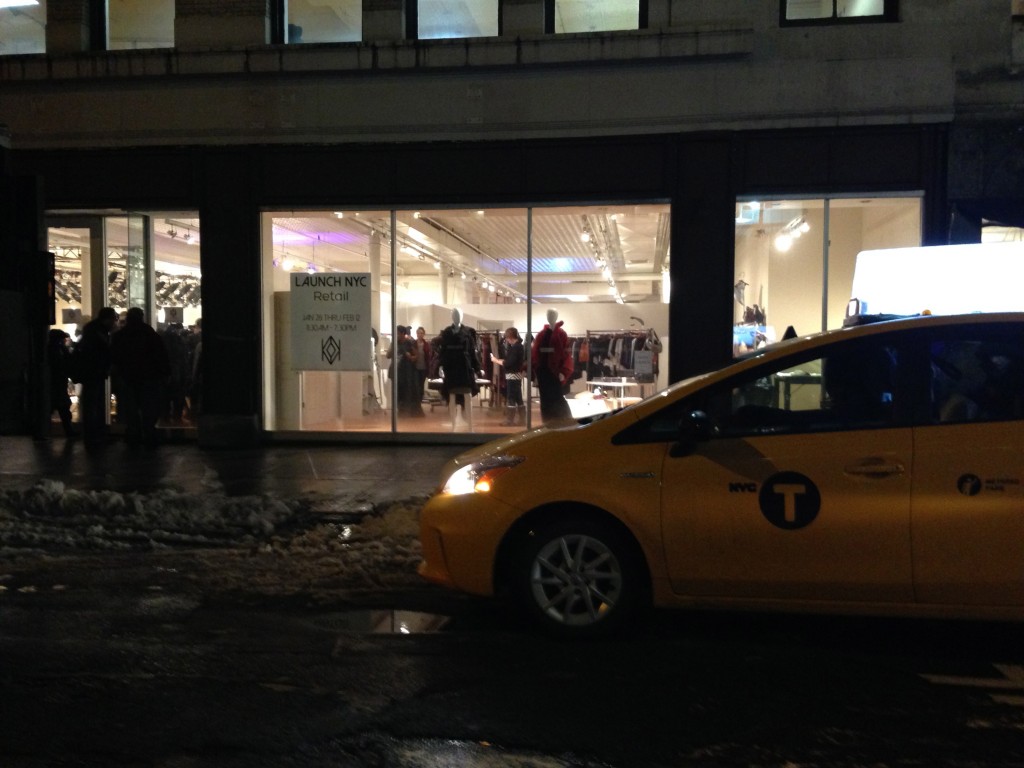 Armed against New York’s latest weather dump in Vasque hiking boots, puffy coat and knit cap by Banana, I began my downtown trek through slush and frozen sludge. My chauffeur’s night off, the F train handily deposited me on Sixth Avenue, a quick schlepp to West Seventeenth Street where but for the glow of Launch NYC’s store front venue, the street was a dark, snow-crusted no-man’s land.

Given that I was about to invade the air-kissed world of the fashion cognoscenti, The Sultanette can be forgiven for a degree of foreboding upon making an entrance in tundra garb. So imagine my surprise when I was greeted at a VIP table by a lineup of smiling faces that might have been recruited from the counter of the Cupcake Café. Not on the list of poobahs, I roamed the snazzy crowd to stake out a good vantage point – and let the games begin.

First up was Minnoji’s guerilla-chic collection complemented with leather helmets. Okay so maybe the most combat you’ll see decked out in this asymmetrical urbanwear is a scuffle over a skinny latte grande at Starbucks but few will question your metal in these threads. 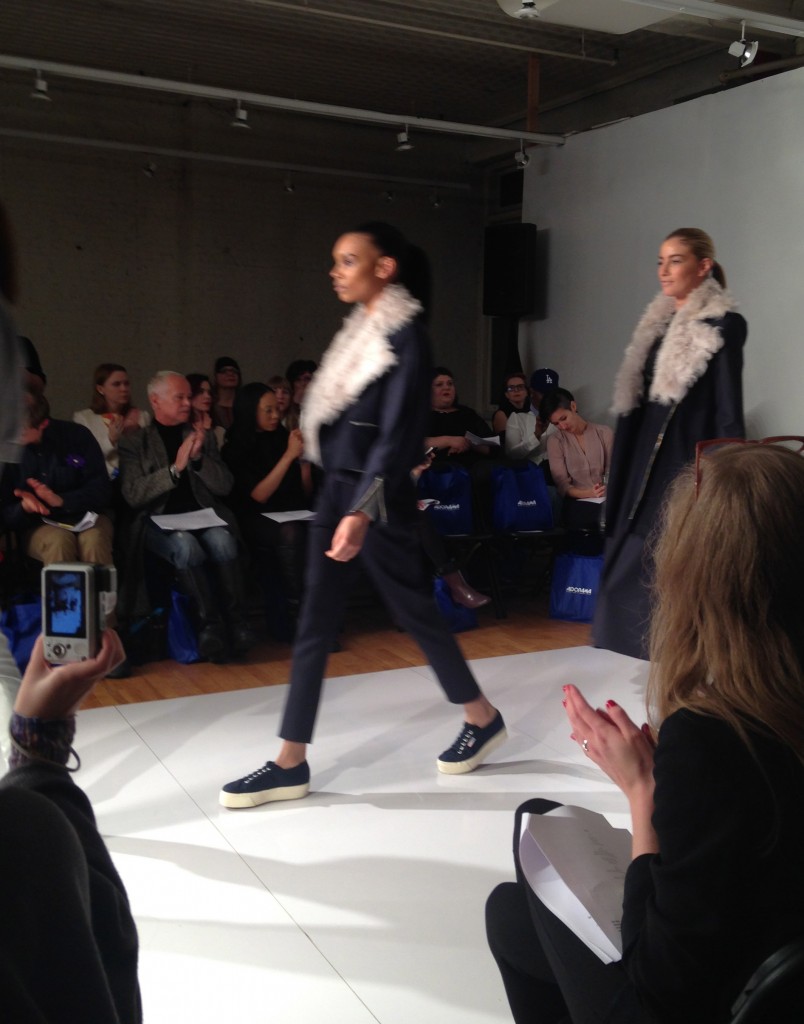 Next on the catwalk was Modu with parings of elegantly composed fleece wool separates and thick-soled sneakers. The perfect look to throw in a duffel on your way to Hudson on the Hudson – or to shrink your travel time, the Marke on Madison.

Then came Mimi’s crocheted combustibles. Mimi is Anthropologie on multiple orgasms. Mimi conjures up Collette without the sad eyes and wearing come-fuck-me shoes like the rococo wedgies that play a supporting role to Mimi’s ethereal erotica. 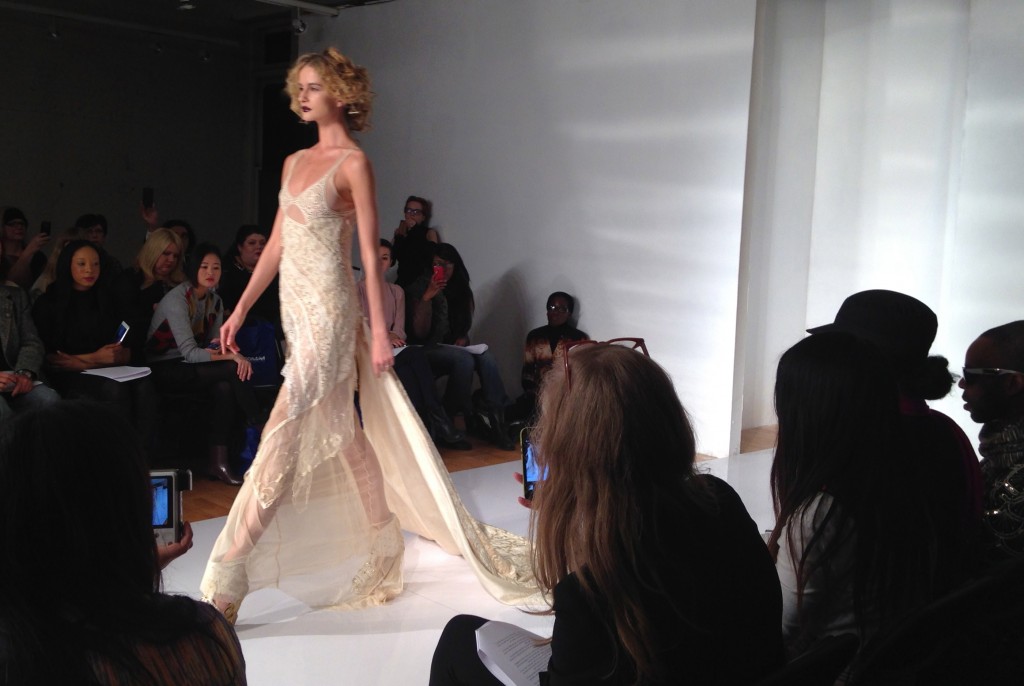 All this to a live DJ, DJ, so nice I said it twice. And a bar featuring designer caffeine. And a chance to actually purchase the merch in an adjoining retail space where I found off-beat cuff bracelots, skirts fit to print, and gold-paneled dresses at prices that won’t force you to sell your Paris pied-à-terre. 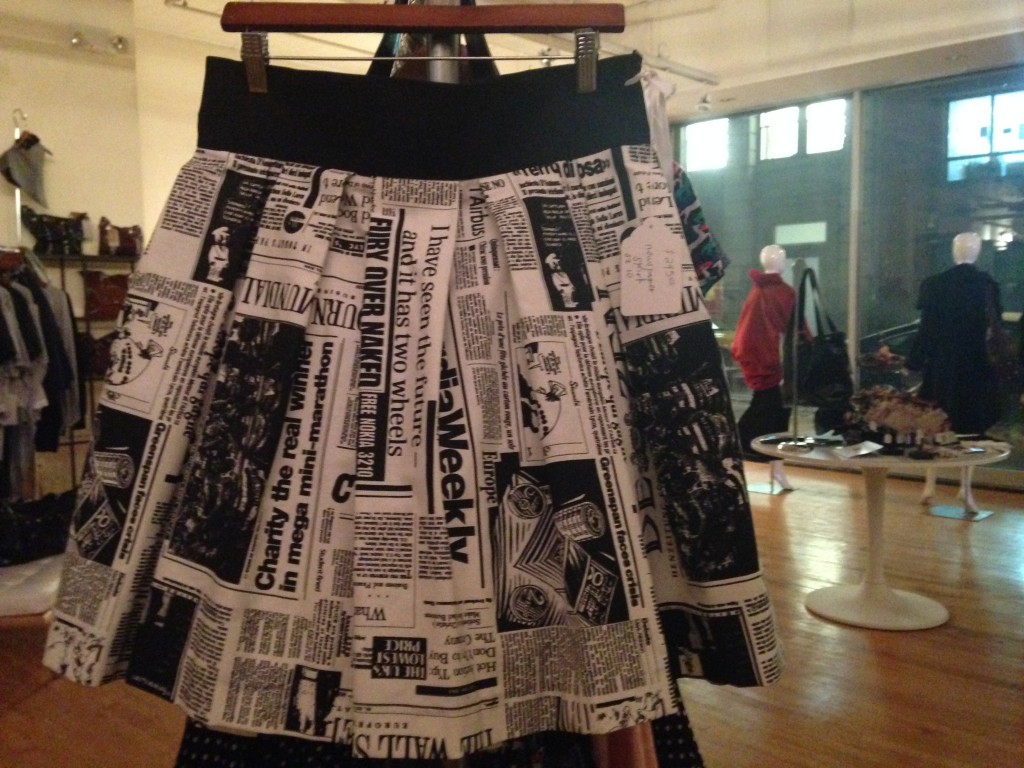 Which brings me back to that Paris spectacular that was all about Yves. Yes, we had gathered there to hold court with a member of fashion royalty. And yes, he had officially been immortalized for reinventing the tuxedo jacket with le smoking. But designers were still houses yet to be located on a trading floor. The art of cutting fabric superbly and conjuring up cutting-edge style was still more about being bodacious than making a bottom line. Collections were the labels of demented artisans, not brand extensions for celebrities. And the women who wore them were icons of style who combined wit and chutzpah with irresistible originality.

There was Isabella Blow with her game-changing chapeaus (“I wear the hats, to keep everyone away from me. They say, ‘Oh, can I kiss you?’ I say, ‘No, thank you very much. That’s why I’ve worn the hat. Goodbye.’”) And the shameless accessorizing of Iris Apfel, still going strong at 92 after her Met retrospective. (“When you don’t dress like everyone else, you don’t have to think like everyone else.”).

And in that downtown store front, just a few miles below the fashion magnates at Lincoln Center, there was just enough irreverent handiwork scattered among the LBDs to suggest that fashion hasn’t yet contained itself in a $10,000 designer satchel. Exuberant that they’d pulled one over on the fashion establishment, this downtown crowd was actually having more fun than posturing. I kept circling the room, unwilling to head back out in the cold and miss being part of the ongoing filming, selfies, interviewing and networking of press, designers, models and fashioncentrics. 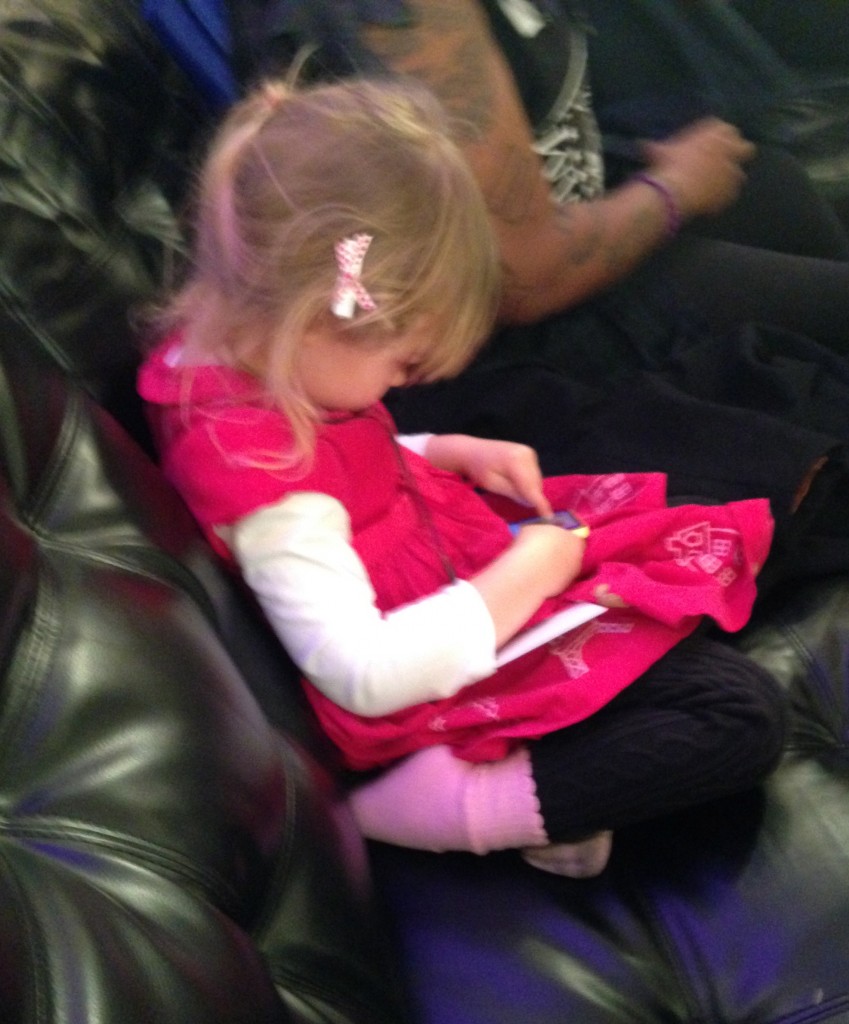 And then I spotted the mini-maven. Curled up on a leather couch, pink-socked feet tucked under her, she was playing an electronic game. Her father hovered nearby and her mother appeared to be a fashion player but she was unimpressed by the Swells surging around her. Might this uncontrived sylph, hatched in the scrappy freedom of this outré world, grow up to be our next Isabella or Iris?

Finally tearing myself away, I negotiated icy Seventeenth Street towards the subway at Union Square and considered The Sultanette’s Spring ’14 collection. Some new leather? A filmy dress? Pink socks? Call fashion frivolous, superficial and extravagant. At its best, it gives us an opportunity to masquerade as our most original selves.

“Fashion you can buy, but style you possess. The key to style is learning who you are which takes years. There’s no how-to road map to style. It’s about self-expression and above all attitude.”  Iris Apfel