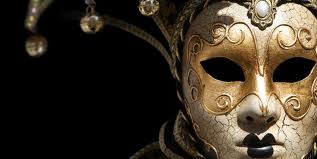 Can you keep a secret?

The year is 1753 and you are at the spot to lose your fortune, the Ridotto in Venice. The thousand-year-old Republic is still a few decades away from Bonaparte rounding up the horses on the Piazza San Marco, but at the Ridotto’s eighty gaming tables it’s faro (a variation on baccarat derived from the king card “pharaoh”) that is pillaging the coffers of Europe’s crème. 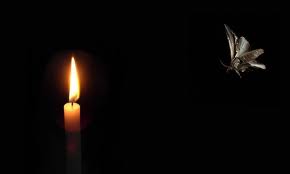 You have paused in the sala lunga, the candlelit hall where the crowd lingers to lick their gambling wounds, when the long shadow of a slender boyish figure dances by like a moth in the flickering flames. It belongs to Andrea Memmo, twenty-four-year-old member of the Venetian ruling caste who is doing what such men are meant for – chasing after a captivating woman, seventeen-year-old Giustiniana Wynne, while her mother runs interference. “I don’t know how it all ended at the Ridotto,” he writes Giustiniana the next day. “As long as I was in your mother’s range I tried to conceal myself.”

Concealment was hardly a challenge at the Ridotto since everyone wore a mask – the black or white moreta covering only the eyes, or the bautta hiding head to shoulders. Except for the 9-day novena before Christmas, it was de rigueur for every Venetian from doge to vegetable seller to wore these objects of obscurity in public from October until Lent. 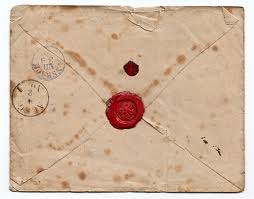 This is documented in Andrea di Robilant’s A Venetian Affair, a literary aphrodisiac The Sultanette found at The Metropolitan Museum of Art’s book shop. It begins with the discovery of a cache of frayed and brittle letters in an attic – letters pocked with wax marks and traces of wine, some written in mysterious code – evidence of the lifetime affair between di Robilant’s ancestor, Andrea Memmo, scion of a family who “had given seven doges to the Republic” and Giustiniana Wynne, of checkered pedigree. 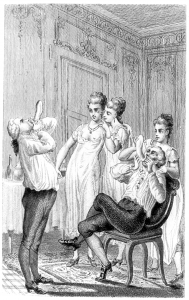 Casanova (left) and the condom, Memoires, “Pleasant talk and a thousand amorous kisses occupied the half hour just before supper, and our combat did not begin till we had eaten a delicious repast.”

The lovers had tantalized scholars for centuries. In the early 1900s, a researcher recognized Casanova’s Mademoiselle XCV as Giustiniana. (There is a fascinating interlude in di Robilant’s narrative when the infamous amoureux befriends Giustiniana and is accused by her mother of kidnapping her.) In the twenties, a Venetian historian published correspondence from Padua’s archives. The letters in di Robilant’s family attic were a crucial link.

They had been transported by Memmo’s gondoliers who would moor at a dock near the Wynne’s residence for exchange at a corner bottega. If Andrea was desperate for a sighting in those pre-skype days he would train a telescope on his beloved’s balcony. “Goodness, there she is, that naughty girl … will she look at me this time or won’t she … Come, look this way my girl!” Andrea once wrote to her of his attempt.

But you have already surmised, canny reader, that the love was ill-fated, even before Giustiniana’s mother cut off communication (or tried) knowing that her daughter would never find marriage between the pages of the patrician’s Golden Book. Giustiniana was shuttled off to London, Paris, and Austria, collecting enraptured men in every port. At last, she accepted the hand of Count Philip Orsini-Rosenberg, a 70-year-old widower from an Austrian family claiming Roman lineage, who had been named Imperial Ambassador of Austria to the Venetian Republic. 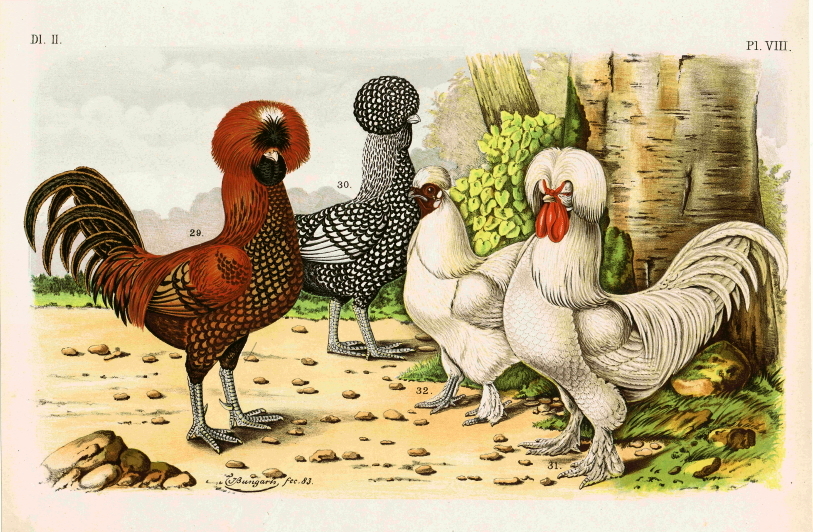 It was a coup for Giustiniana who had not one imperial corpuscle in her blood. But weren’t the times rife with such transgressions? Rich old geezers were putting their penises wherever they pleased, and worse, marrying the strumpets. They were deaf to the clucking of well-bred women who were as much renters in the patriarchy as were the courtesans, except with an official lease. Still, Giustiniana was underwhelmed by the privilege. She once wrote Andrea, “You want me to find a duke or an earl … I believe I want none of that. … A husband is a nasty thing.”

And the marriage provided further inconvenience. It was forbidden for local patricians to fraternize with foreign dignitaries – a prohibition Andrea ignored until his nose was smacked by the inquisitors who warned him, “In the future you will refrain from any contact whatsoever with the wife of [the] ambassador … at public functions and celebrations … an attentive eye will always be watching you.” 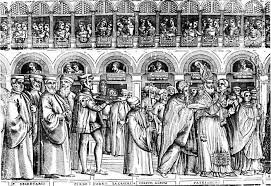 Andrea meantime, had made the requisite marriage with a woman who had a “bilious” character but bore him two children. He dutifully took on roles in the byzantine maze of Venice’s fading realm, complaining that the Senate (not unlike Washington’s chamber) was carrying on with “obtuse indolence.” He was appointed ambassador to Constantinople and defeated in a run for doge, all the while carrying on the dalliances demanded of a man of his station, until at last admitting to a friend that he had offered a lady “a cock that was not as hard as she deserved.”

But as life configured their separate worlds they kept finding each other. As the world around them changed, the Venetian affair continued. What secret kept their attention? What spark kept fueling their desire long after the thrill of the forbidden had ceased to be a novelty? What pull continued to draw these singular planets into each other’s stratosphere? “Mon cher frère, … the only crime I have committed is not having written to you for so long … I love you, I am your friend; my Memmo will always mean the same to me … Let me rise to this renewed expression of respect and friendship I receive from my Memmo, even if it means that everything might go to hell.” 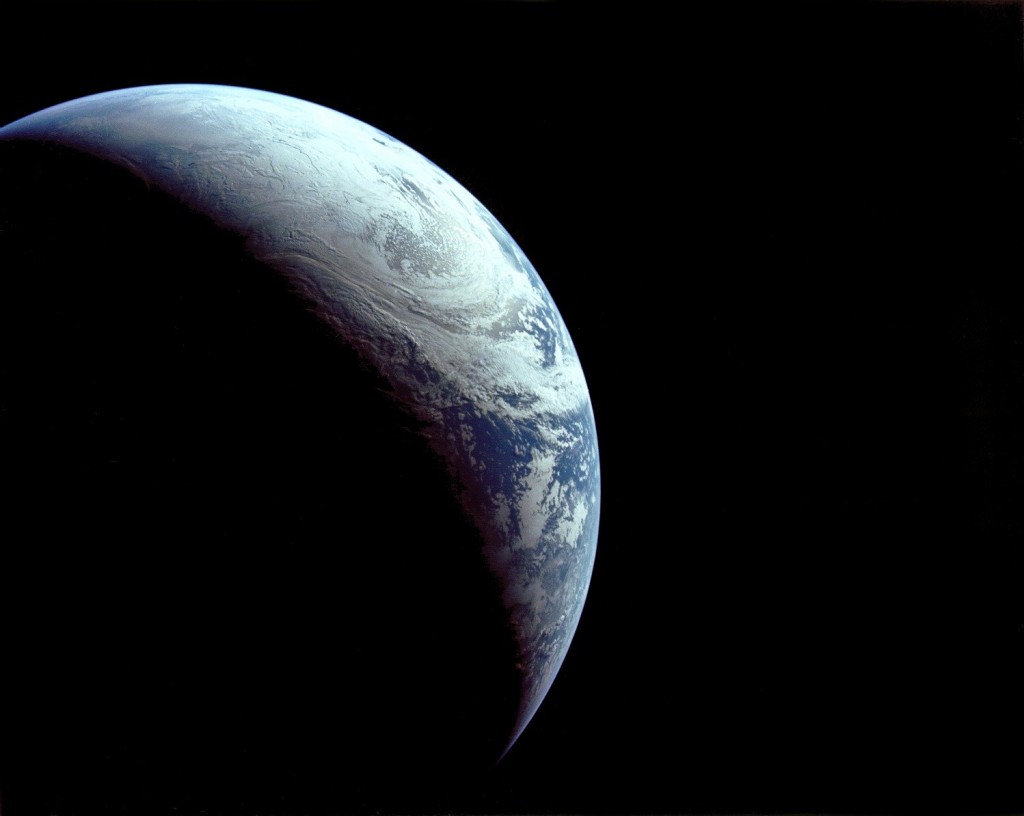 Born to play out an irrevocable place in his privileged world, did Andrea envy the reckless freedom of this scrappy outsider? “I would be quite an ungrateful one” she wrote, “if I expected you to sacrifice the slightest pleasure for my sake … But you have to live in Venice, and I don’t. You have to cultivate the Venetian spirit, its genius, its weaknesses, and I don’t – though I can accept all these attitudes and prejudices in you.”

Weaned on pragmatism, was Giustiniana thrown off kilter by this man who tested her emotional metal? “I arrive; and I do not find you,” she wrote Andrea upon returning to Venice from London. “Instead I hear a lot of talk about responsibilities, affections, feelings apparently stronger than those I thought you harbored. … I humiliate my vanity. I destroy my expectations.  I vanquish my self-esteem. I even sympathize with you when you do not fly here to see me because love is apparently stronger than our very tender friendship.”

Do profound affections ever need to be unmasked? 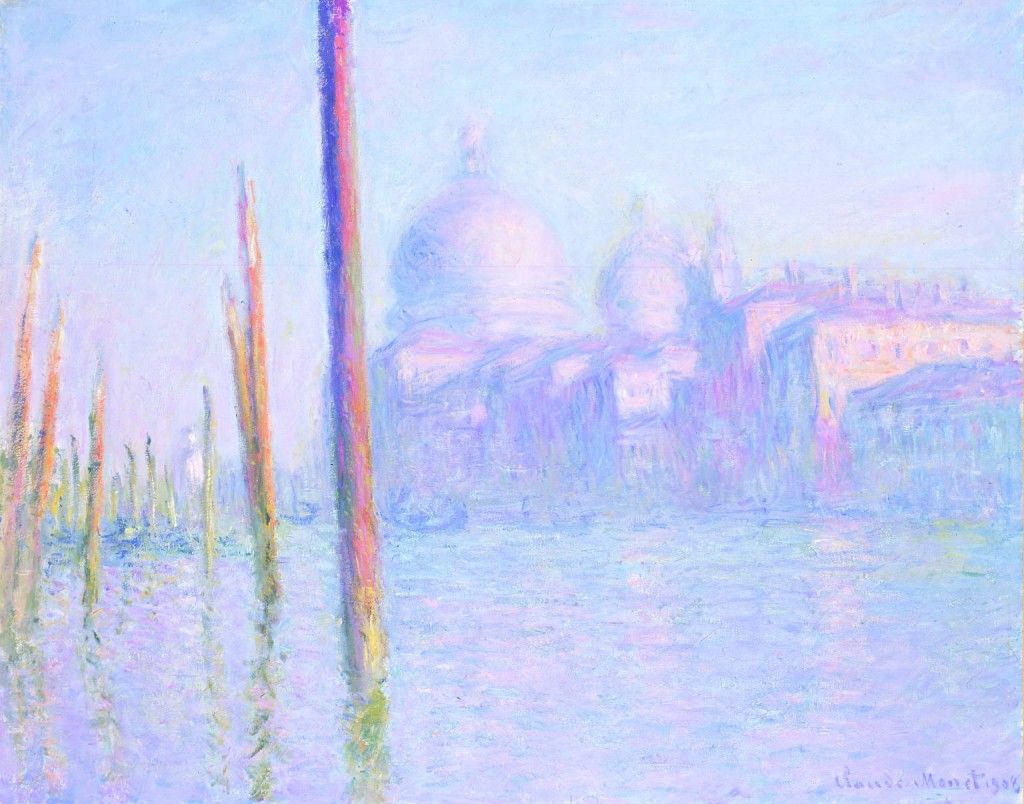 At 53, di Robilant writes, Giustiniana had become a respected intellectual, accomplished writer and collector of devoted friends and admirers, artists, men of science, and travelers at her Padua salon not unlike Consul Smith’s where she had met Andrea at seventeen, untested by life. Within the year she was dying, di Robilant speculates, of cancer of the uterus. And so Andrea arrived at the small, elegant palazzo she rented. He was at her bedside when the priest gave the sacrament of extreme unction. “And in the diaphanous early morning light,” di Robilant concludes, “Andrea bid his final farewell to her.” And to the Venetian affair. “Farewell, my Memmo,” Giustiniana once wrote, “love me and write me long letters.”

Giustiniana died on August 22, 1791. Andrea two years later. In 1797 Napoleon annexed the Republic of Venice to the Austrian state.

There are flings you think will last forever. And loves you can’t live without until you do. But some secrets are always worth keeping.

3 thoughts on “What Happens In Venice Stays In Venice”