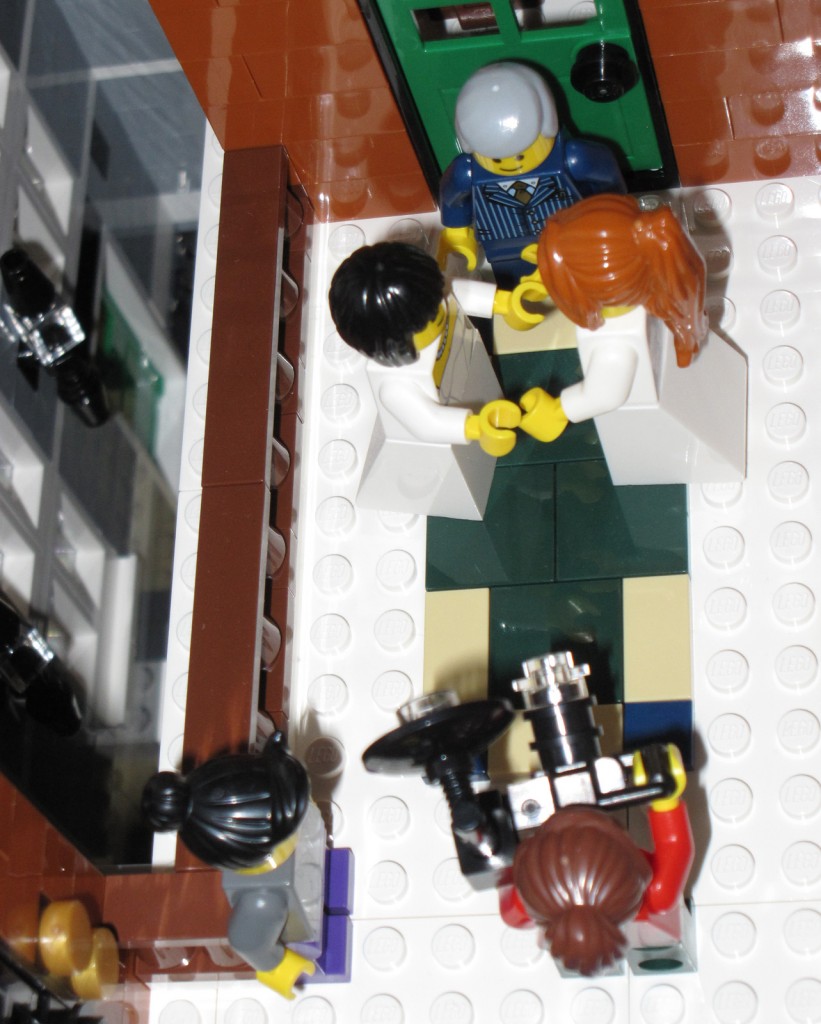 So let’s dive into the mother of them all, that cherished myth of the committed couple – monogamy.  At least it was mine for sixteen years with One and Only until I realized that though he wasn’t cheating on me physically, he’d been carrying on a liaison dangereuse with his past – a twenty-five year constipation over an insidious betrayal he’d never resolved. (Translation: baggage.) He denied it.  He had to.  He’d been deftly abused and lacked the metal or the wiles for right-sizing himself.  So when I realized I was participating in a relationship with the ghost of his past I made a break for the present.

I thought my future was set with One and Only. We’d found a country house and submitted credit checks  for a down payment when the betrayal bomb hit. (Grisly details to be revealed in forthcoming posts.) Now what? I’d earned full membership in the Embittered Ex Club and my ovaries were no longer hatching. I was free to write off men and curl up with a self-help book, join a cause, take up rosemaling.

So why throw the big babies out with the bathwater when it was just relationships they were lousy at? Instead of counting on The One, I would pursue being adored, indulged, inspired, and entertained by The Many. I would cultivate a Male Harem.

Which brings us back around to monogamy. I was suckled on it. Dad came home every night to whatever mom was serving up for dinner.   They’d vowed to last forever and adored each other for fifty-six years.  Well I’d had forever and it didn’t last.  I was ready to have a whirl with the present.  No vows.  No expectations. The beauty of The Male Harem was that while I would no longer count on one man for all time, I could always count on one at any given time. 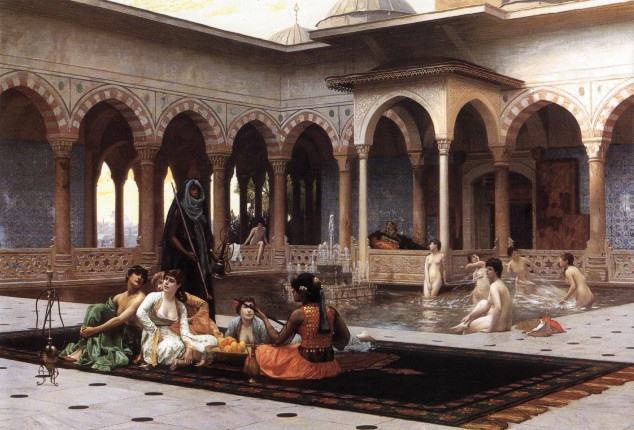 “The Terrace of the Seraglio.”

Don’t be misled by the bravado. There are those Saturday nights when I yearn for the consistency of that One just being there. When I ache for a sense of security, even the illusion of it. And then I remember how lonely life was with a ghost, and I count my blessings and my harem.

So full disclosure:  The Male Harem contains married men.  In fact, judging by the husbands of all stripes and committed boyfriends who shamelessly populate it, I wonder if monogamy is an illusion. A male pretense to keep the peace while they get on with pursuing their appetites.

The American self-help industrial complex may tout monogamy as intimacy’s nirvana, but whose monogamy are they referring to?  Have yourself a Google orgy on the subject and you’ll find British psychoanalyst Adam Phillips suggesting in his book, Monogamy, that ruthlessly high-minded fidelity might possibly degenerate into numbing routine and sexual complacency. Or see Race, Monogamy, and Other Lies They Told You by Notre Dame anthropologist, Agustin Fuentes.  Or sociologist Eric Anderson’s, The Monogamy Gap: Men, Love, and the Reality of Cheating. Might there be more original ways to navigate the relationship jungle than hacking away at one’s mate in couple’s counseling?

And speaking of intimacy, freed of the expected rules of engagement, men are opening up in unexpected ways. They share their passions and idiosyncrasies, unexplored feelings and past regrets, hidden sentiments and guilty secrets. And they’re talking about sex, the male version, having it and wanting it and who with.  Sometimes the conversation is between friends. Sometimes it’s between the sheets.

The Male Harem has challenged me to question everything I’ve been brought up to believe about sex and fidelity, companionship and loneliness.  If it’s my personal skirmish in the war between the sexes, it’s also my private seraglio where I am the Sultanette.  The place where I find intellectual rigor, mental toughness, and emotional independence.  That may sound lonely but it’s not an illusion. It’s a life I can call my own, enriched by the company of men. A life lived more fully, fearlessly, passionately, and not monogamously.

8 thoughts on “Whose monogamy is it anyway?”