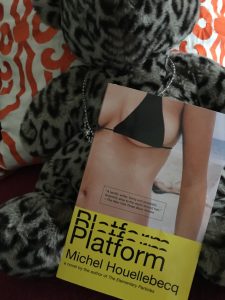 France’s persistent enfant terrible was recently described by Alexandra Wolfe in the Wall Street Journal as being “accused of misogyny, anti-Muslim bigotry and (more generally) nihilism, based in large part on the vulgar, resentful, unhappy characters in his novels.” At a surly sixty-one, he has done nothing to discourage that sentiment. Read more . . .