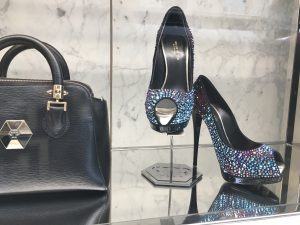 In Paris, everything is perfectly clear below the surface. A recording on the Metro cautions you to watch the gap in French, English, and German. Meticulously numbered and color-coded subway lines assure you’ll never end up at the Front Populaire when your destination is Chateau de Vincennes.

Station names are literary triumphs. Where New York subway stops are prosaically titled 33rd, 59th, or 86th streets, the Paris Metro gives you La Motte-Picquet-Grenelle. Emile-Zola on the khaki colored line is just two connections from Victor Hugo in royal blue. It’s all to give the illusion that you can find your way around. 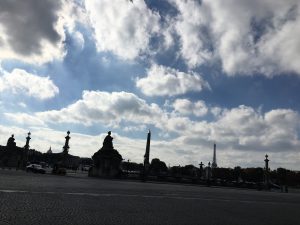 Concorde, where a few lost their heads getting around.

But once you ascend to Paris plein-air, your Paris Classique par Arrondissement street guide might have been written by Jacques Derrida. A sudden minefield of intersecting rues is designed to keep you forever one turn away from the Brasserie Extraordinaire. Even the grand boulevards change names every three bistros. 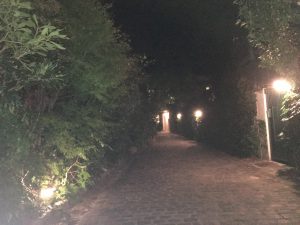 A hidden cours near The Sultanette’s Paris cache

Marie Antoinette lost her head trying to get around town. When her attempt to flee the guillotine failed because her entourage missed a turn in one of the city’s medieval warrens, it fatally slowing her escape resulting in her arrest at Varenne. So determined to keep The Sultanette’s head on one crisp October morning, I left the lux garret I’m renting in the Bastille area with directions in hand.

I was scheduled to meet with the directrice générale of a prominent publisher at 11:30am (it is bourgeois to schedule a morning meeting before 11:00am) to ply her with questions about the book research I’m doing here, on one of France’s sexiest tales of illusion. (If you want to know more, you’ll have to buy the book or see the movie that Hollywood will beg the rights for.) 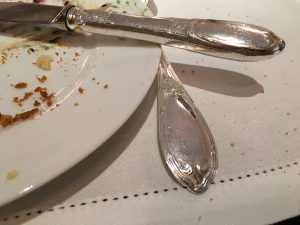 After breezing through my Metro connections, I had time for a serving of butter-laden carbohydrates before arriving at exactly 11:25am at the address in my email instructions. I pushed my way through the door at the street, a heavy chunk of timber fitted with wrought-iron loops and hinges that could have kept a herd of peasants at bay. It opened into a dark, cobblestone passage where I again checked my instructions: Once inside, first door to the left, sixth floor. Easy enough. 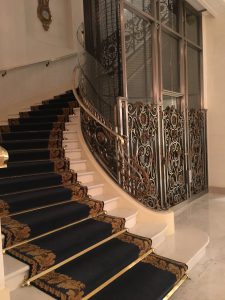 Ascension at the Hotel Bristol if you are so blessed.

At the summit, breathless but victorious, I rang the door bearing the publishers name. A housekeeper answered. From what I could make out of the gloomy interior, the place hardly looked like an office but maybe the French preferred a lounge atmosphere to the cubicle design. In Franglais, I announced to her who I was meeting. She looked clueless.

Now a woman arrived at the door wearing pajamas, her coiffure more boudoir than bureau. Again I explained my mission. The woman seemed to know who I was referring to and either indifferent or unmindful of her appearance, began to grill me about the purpose of the meeting. 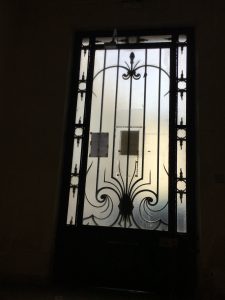 Next a man’s voice interrupted from the apartment’s dark recesses. To reach the office, the voice said, somewhat irritated, I must go back downstairs to the door at the entrance. Either that, or he told me I was a foolish, dim-witted American and should take the first avion home.

With the stunning realization that I’d rung the prominent publisher’s flat, possibly disturbing his morning coucher avec la femme, I thanked the voice for his direction, and spouting apologies to the pajama lady that would have appeared fawning in Louis the Fourteenth’s court, I retraced my steps to the original doorway.

I gained entrance with the help of a guy smoking outside (the French still shamelessly smoke and kiss in public), loped to the sixth floor, and was greeted by the directrice générale.

She was tall and slim with perfectly strayed wisps of hair framing a face that bore not a stitch of makeup as far as I could detect. Dressed in black tights and high-tops, a scarf twisted and draped around her neck with careless aplomb, she hardly met the New York Times female CEO image. But this was Paris after all, where nothing dares to appear as it seems. 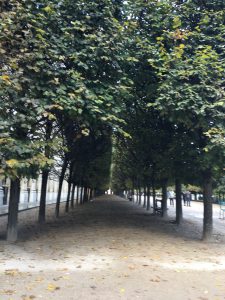 Tout droit in the Palais Royal.

Over the next two hours, we talked about love and sex, coupling, complicity, feminism, politics, writing, literature, and well-crafted lies. She never checked her emails, rang her assistant or responded to a text. When I confessed my earlier detour, she was amused.

Beyond the insights gained in those two hours, I experienced a near-extinct commodity. Undivided time. Maybe that’s what this city, in its frustratingly unaccountable whimsy, was able to hold close.

I thanked the directrice and made my way back to the Metro. But as I was going down the steps, I stopped. Where did I need to get to in such a hurry? I headed back up to the inscrutable streets of Paris and started walking.