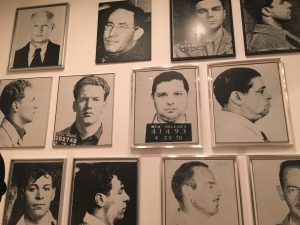 Who’s your daddy? Prince Charming, anyone?

Valentines Day! That day when love conquers all with a little help from 1-800-FLOWERS. But will romance bring you the partner of your dreams when it comes to raising babies? You know, those bundles of joy that suddenly appear (and it better be nine months!) after the wedding bells?

The Journal’s Family & Tech columnist and mother of three, Julie Jargon, defines the PPP as a “would-be parent who wants to share custody of a child without any romantic expectation.” Okay, you’ll miss out on the wedding, that special day when your Uncle Charlie will get loaded and say cringeworthy things, your best friend will screw your little brother, and you’ll amass a collection of blenders. 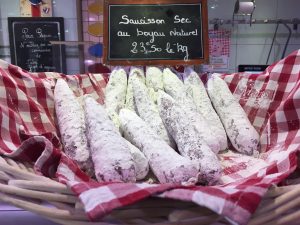 … or choose from this sausage selection?

Accuse The Sultanette of being unsentimental but you’re too late. At a discreet French boite one evening, a worldly-wise and sophisticated harem member (aren’t they all?) offered a cogent argument against algorhymic child-rearing. As I dove into the saucisse and cheese balls, he submitted that a child is best nourished in an environment of loving, committed parents.

All fine and good, I conceded, quaffing back my Chateauneuf-du-Pape. But what about the couple that has reached a state of mutual nuclear destruction yet vows to stay together “for the children”? Is a child better off growing up in an environment of mutual antipathy or consensual parenthood? The PPP is a lot like a divorce, writes Jargon, “without the wedding or the arguments.” 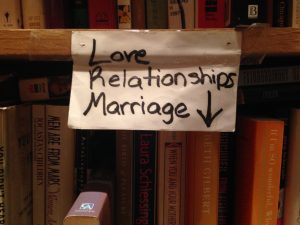 Some research at DC’s Capitol Hill Books before taking the plunge?

She also points out what every over-worked, sex-deprived Millennial knows: Hacking one’s way through the jungle called establishing a career leaves little time or energy for cultivating a serious relationship. The steady rise in the cost of living has also delayed commitments to marriage and children. Maybe the passion for child-rearing after some life experience, brings with it a dose of pragmatism.

Jenica Anderson is a geologist, thirty-eight years old, and living in Montana. She is also a satisfied customer of the co-parenting site PollenTree. She tells Jargon that while her approach to creating a family might be controversial “the idealized version of a man and woman falling in love is short-sighted.” 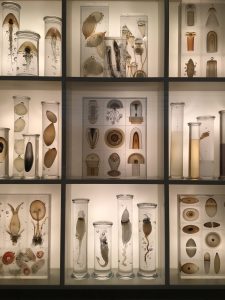 How to find genes that fit!

Jenica began her search for a PPP when men she met locally didn’t share compatible views about child-raising. She connected on PollenTree with Stephan DuVal, thirty-six, a cameraman living in Vancouver.

“You’d be surprised by the number of young, professional straight men who want to have kids,” says PollenTree’s co-founder Patrick Harrison. The London-based app counts roughly 90,000 members since its 2012 launch – with 60% female subscribers and male subscribers evenly split between heterosexual and single gay men. Conception methods vary from in vitro and intrauterine insemination to old-fashioned flesh-pressing.

After messaging and phone calls, Jenica and Duval met. Jenica sensed that DuVal’s accumulated experiences in life favored his ability “to handle obstacles in uncharted territory with creativity and follow-through.” She liked the way he thought in unconventional ways. He lived ten hours away but that didn’t pose a problem because she believed he’d stick to the commitment “if things didn’t go according to plan.” 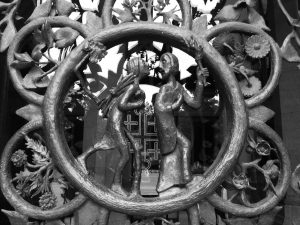 Where is the love?

But where is the love, you protest! To this I remind my renegade followers that you didn’t get to a blog about “contrarian views on the rules of engagement” by following the herd. The Sultanette wagers that some of you might be celebrating this Valentine’s Day in various states of polyamory. Or trading Godiva truffles and deli flowers for whips and chains, for all I know. So maybe you can allow for more shades of grey than your precious fifty?

Jenica Anderson is pregnant. She and DuVal have met each other’s parents, shared their finances, and drafted a legal contract spelling out parenting responsibilities that will take effect after the baby is born – a daughter in June. It’s all signed, sealed, and soon delivered. Or is it? Even Jargon can’t resist popping the ultimate question: “Will their non-traditional union end up in marriage?” 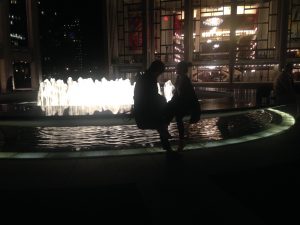 If you dip into the fountain of love, wear rubber boots.

“It comes up regularly in our conversations,” Anderson says, “but it’s not in the forefront.” DuVal admits to being “a romantic at heart but it’s not bigger than what we’re doing now.” Then was love lurking in those algorithms after all? If so, perhaps it’s all the richer for being inspired by shared values, not paper valentines.

Love will find a way, we’re told. But Shakespeare had another take. In The Merchant of Venice, Jessica warns her suitor Lorenzo that “love is blind and lovers cannot see the pretty follies that themselves commit.” So choose. Tying the knot or downloading the app. But hurry. Uncle Charlie is waiting for his invitation to the wedding.